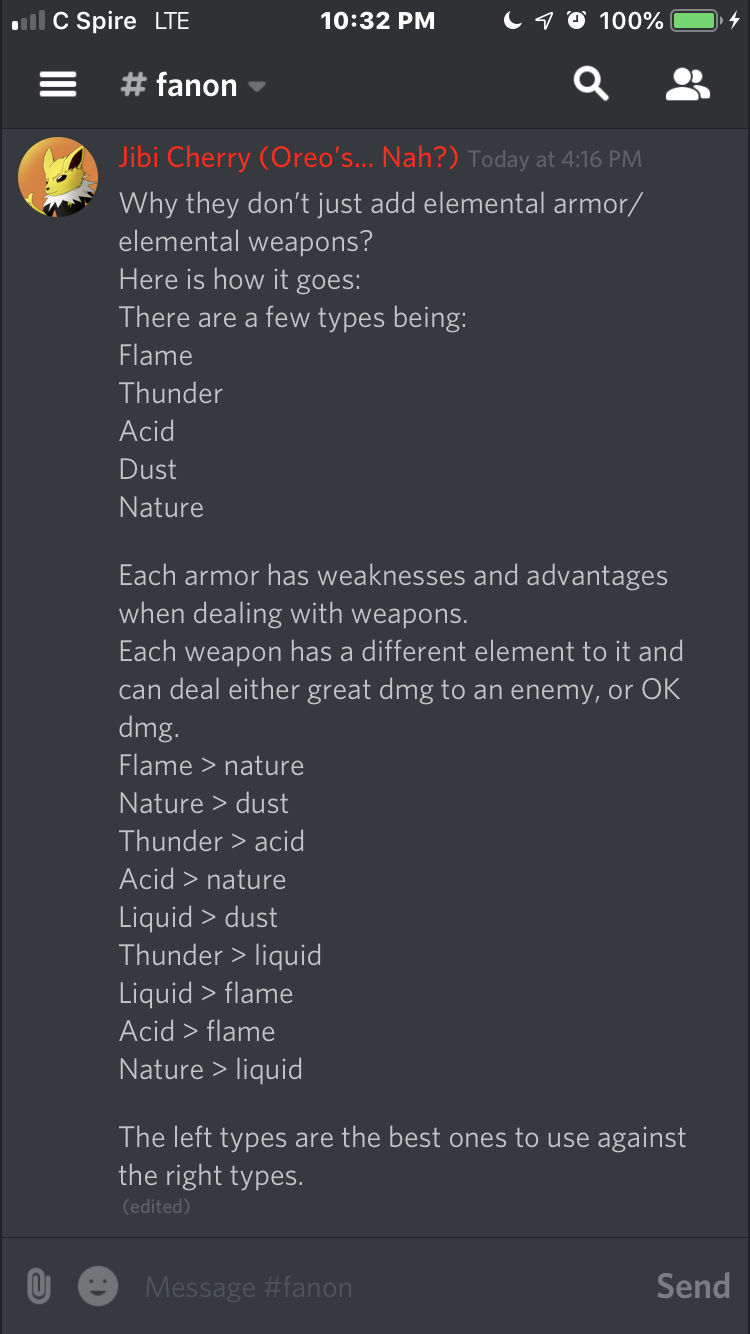 A good idea, especially because the armours don’t mean much at this point.

first of all, you have cool idea about that, that is the idea apply to a lot of game which is pretty cool.

now, if the game developer want to absolutely destroy their game, yes, they will add it in. beginner of newbie who don't have much money to buy weapons or armor like you said there will be bullied by other good player. i'm swear after this update there will be like 80% of people who find the way to hack the game because they don't have condition to survive in the battle field. if the weapons champion solar canon( which take 2 shot) is water elemental and fight with fire elemental so it will be one shot. see how unfair it is?

What do you think?