The Gallery is a feature introduced in the 16.5.0 update. It is a feature in which all of the weapons a player has in their Armory (either bought or buyable) are present. They can be tested in the Polygon. It is unlocked at level 4. 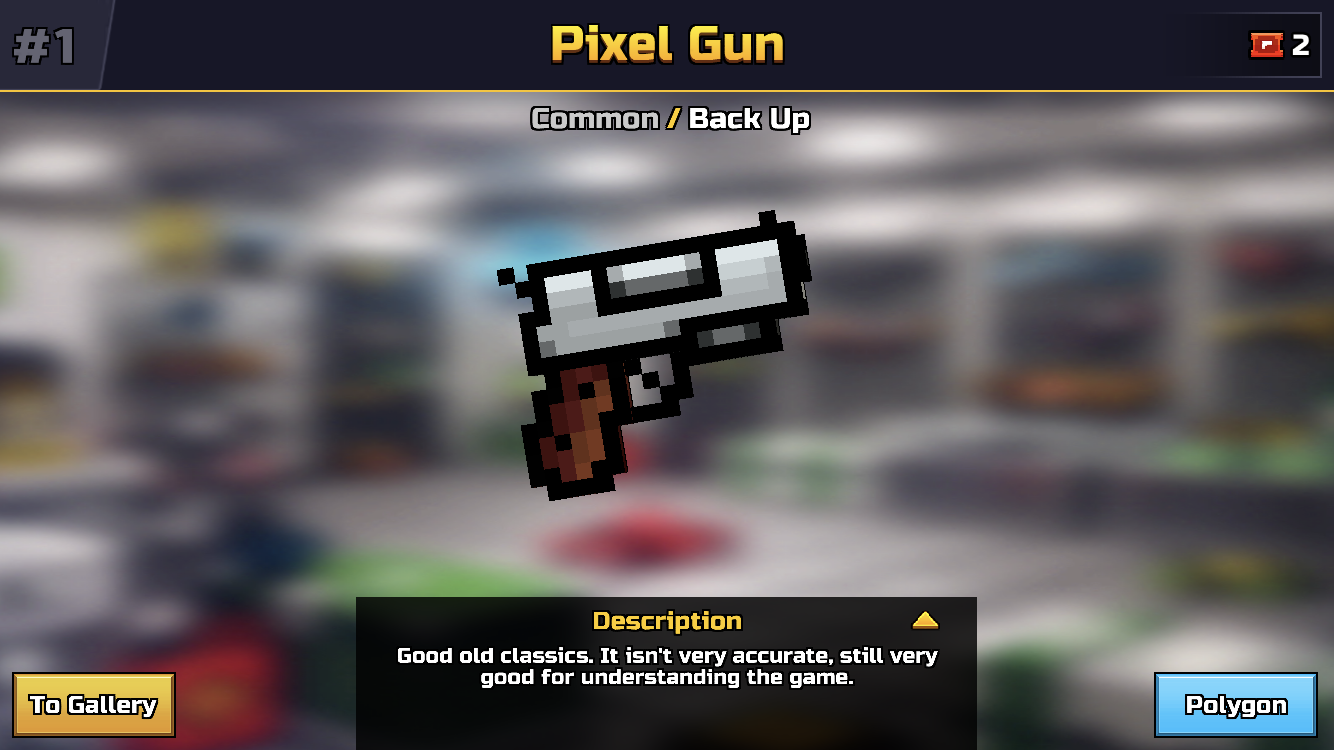 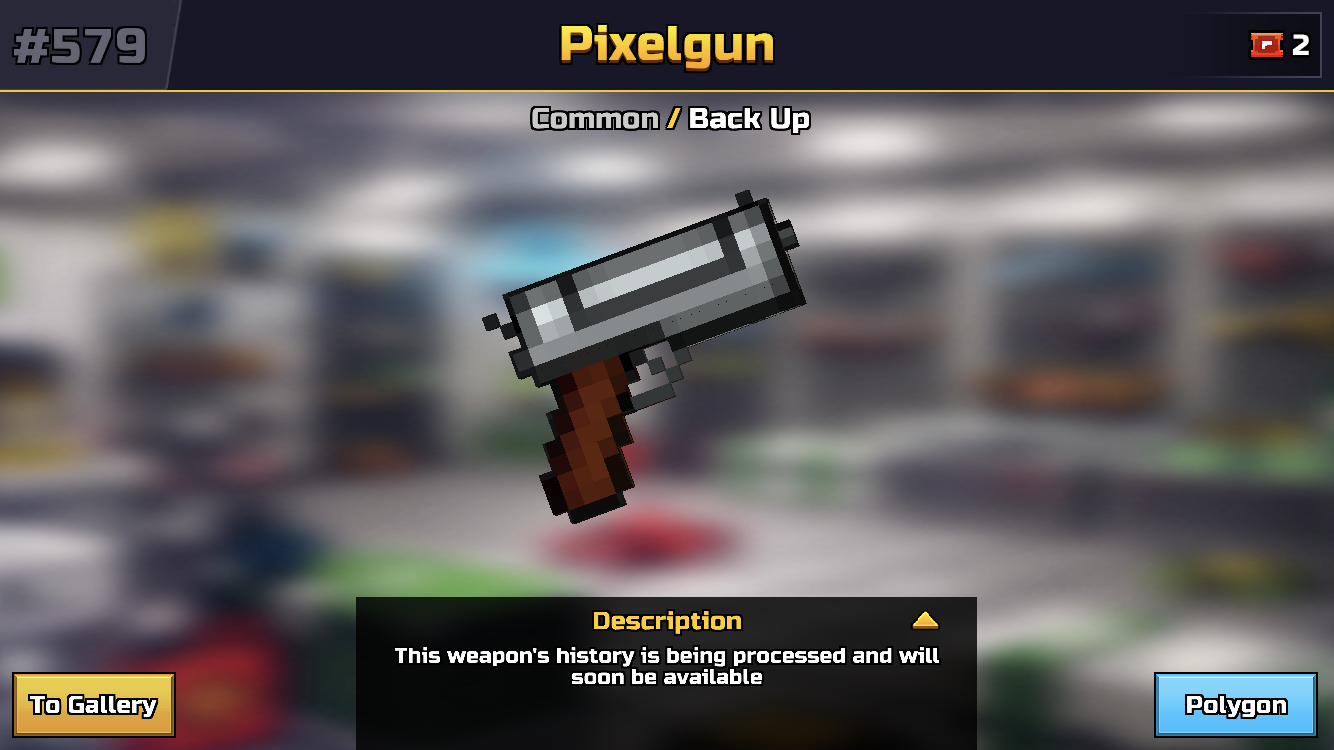 I'm going to be releasing the Elephant Hunter review soon

LAST BUT NOT LEAST (why am I yelling lmao)

I have 750 coupons what should I get

HATE the money hungry devs p2w players. I cant play some match and find some spammer of dis lottery annoying spammers. When I spam i still am shredded to bits. The games NOT fun. I remember before battle passes before the gallery and task book was added a second time just good old days wanting the automatic decorator, then came fornite with battlepass idea introduced. Then every other game copied it, a game like clash royale did nothing to bad. Pg3d, its was an annoyance, u get all these OP wepons that get nerfed making waste currencies, BORARS ROAR WAS NERFED AFTER WEEK THEY DONT NERF INVINCIBLE LION. The devs are scamming us of our currencies, I will not stand for this, I'll be quitting. I get the feeling theres going to be many OP battlepass wepons Spammed and newer players complaining. Also modules are legit wat make up the game dont believe me? After digital sunrise was nerfed with X tier. Mods it's one tap to the body with bleeding. MOdules can conteract nerfs and still have extra damge, The devs are cruel people who want money "what's wrong with wanting a little money" everything is. It can make you a greedy person, and oN youtube some hacker made some hacking

Client with the originally want was some money. So that's it I'm giving you my resignation This is true and this is where my life's journey ends for pg3d long I been quitting but coming back this time there is no coming back,

I will be on fandom...elsewhere, I'll be playing arsenal if u want to friend me its DatGuyNamedIdris as my roblox user name I may check if u wanted to friend me but pls tell me your username tho first so i know its u

Back of Life (hint: try the event sets lul)

Auto carrot farm (impossible unless u play roblox skyblock and understand hint: USE THE RARES THAT ARE RELATED TO FOOD

How I play PG3DPixel Gun Wiki 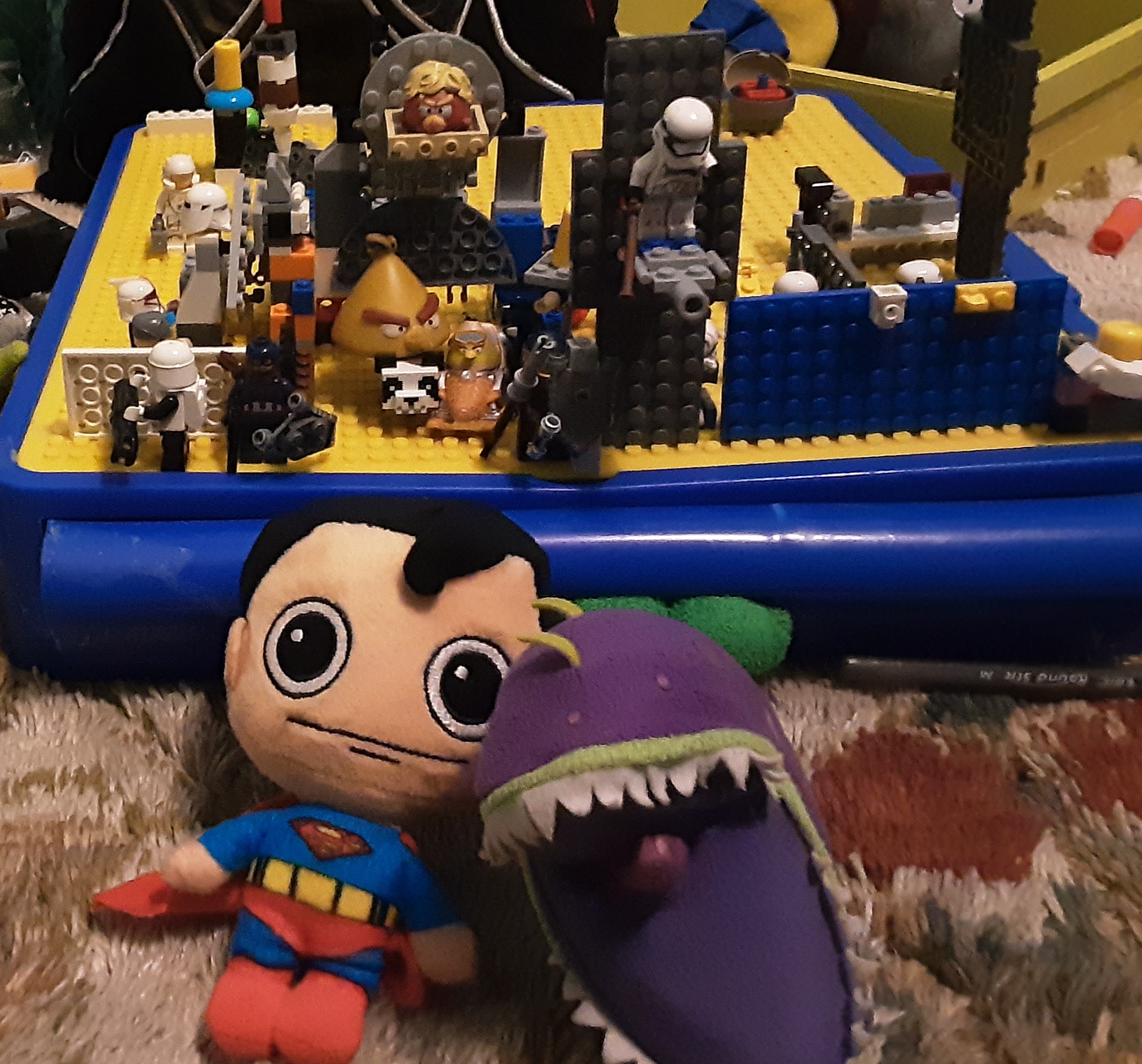 My friend in school has made a comic called "mercury escape" and "venus escape" and she is kinda tired to make it but I annoy her by saying "make more mercury/venus escape episodes!" Or something like that.

The blazing sunlight shone through the narrow cracks of the stone wall, lighting up the interior of the cave with a golden wave of heat. Apart from the beams of gold sticking out of the cave openings, something else sparkled in the midst of the darkness.

A blueish-purple object in the shape of a playing card was floating in the air, above the body of a wolf-like animal.

[A Skill Card detected nearby!]

The shadow of a small boy came into view from deep inside of the cave. He walked towards the glowing card.

He inserted his small hands into his pocket, and withdrew an old, ancient-looking card. He turned it around.

He grabbed the purple card, and turned it around.

A symbol glowed white in his hands. It was a pair of wings surrounded by gusts of wind, floating above the ground.

Flight. A useful skill when you want to go to somewhere quickly.

"But can't I just use teleportation?"

Yes, but it can also give you high ground when in a battle.

"Fair Enough. Now the reward for the quest you told me..."

Alright, sure. Since you are our new heir for the throne, anyways.

A nasty grin stretched across the boy's face as the ancient card melted into the air, releasing a golden pulse around it.

Alright, everyone. A deep voice came out of the boy's mouth, without his lips moving.

All Hail to Our New King.

<Meanwhile, at the Skill School>

The teacher blocked his punch.

"It's good to see that you are still training," he said. "you improved your strength by a lot, I see."

The Lunch Bell rang, its sounds echoing around the hallways and classrooms of the school's interior. Soon, footsteps rumbled all around the school.

"Oh, time flies. Off you go!" said the teacher dismissively.

The student slowly walked down the stairs, panting from the exhaustion from training.

"Oi, Adrian!" A voice called from behind.

He turned around, and saw a handsome-looking boy wearing a black suit waving his hands at him.

He then threw a playing card to Adrian.

He winked at him, and turned away.

Adrian stared at the card. He turned it around.

He thought that it was some sort of joke, until...

Cards can change your life.

Here, take these for free.

A flash of white light appeared before him, and a grey card appeared in front of him, bearing the sign +1.

He grabbed the cards, and looked back at the playing card his friend gave him.

Suddenly, the card vaporized in the air, and a hologram of a stats menu named "Adrian" appeared in front of him.

Increase whatever you want. Or, you can try your LUCK.

Adrian pressed "Strength" in his stats, then felt a wave of energy flowing through his limbs.

He ran outside, and punched the tree in the park.

The tree cracked and fell sideways.

I told you that cards can change your life.

"How do I get more of those?" He asked excitedly.

Adrian turned around the card.

The small boy turned to leave.

Congratulations on becoming the new king, your majesty.

"Come to speak of it, why was I the heir in the first plac-"

His eyes glowed red, and he immediately saw another person entering the cave.

[A student of the local Skill school, currently trying to explore caves for a quest.]

[System Message: Another Card-Bearer Nearby! Be Prepared for PvP!]

Hi guys! I hope you are enjoying this new story. I am trying to incorporate interactive features like voting (this chapter) and fights!

I hope, once again that you guys are enjoying this series so far, and Welcome to Season 1!

I drew a quick 15-minute drawing of a character later on in the story. IDK why the lighting is so weird.

Once again, this is a 15 minute drawing, and I could draw better than that, so don't laugh at me for it... 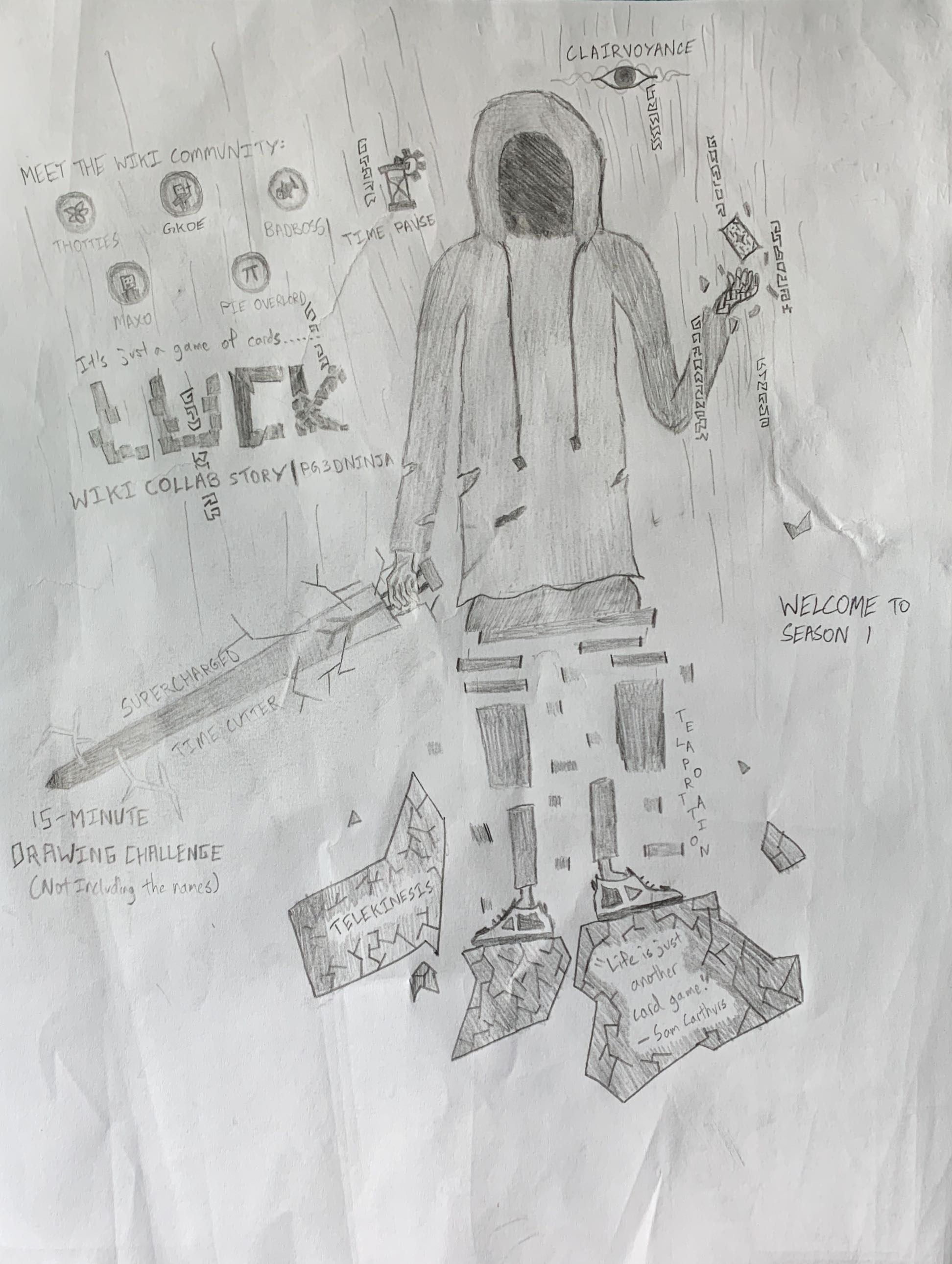 VOTE: SHOULD THE BOY ATTACK THE LOW LEVEL ADRIAN, OR LEAVE?

If the boy attacks Adrian, then a fight will occur!

THE ICE CHASER!! It is best suited for my playing style and whatnot.

Seriously WHAT SHOULD I GET? (I don’t cat spam.) I need to know!!