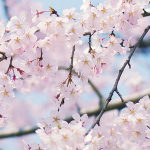 aka People's Republic of China Sakura