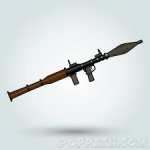 Add ImageMy image.
Hey there, {{{l<insert name here>}}}. My name is Rocket and I am a dedicated Pixel Gun player, having played the game since 2013, taking a break between 2015-2016 but apart from that having played that whole other time. I do a lot of 3 cat spam and have been involved with the 3 cat spam community a bit. I used to play a lot of siege as well, and played in a lot of siege clans and owned one called Moonlite.
Retrieved from "https://pixelgun-wiki.fandom.com/wiki/User:IshRocket21?oldid=280670"
Community content is available under CC-BY-SA unless otherwise noted.