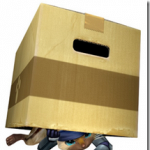 The game was great, seeing it grow from a offline campaign-only game to a top charts online multiplayer. This was probably the game i played most on my ipad. I constantly played the game since release, non-stop 'till my eyes got red. I was excited for every update which made the game even better. I couldnt even let go of my ipad until I had to do something.  Then came along version 8.0.0. I was really excited since this was a main update and iOS gets slower updates than android. I couldnt wait until the loading bar was finished. I immediatly pressed on the app, seeing its new icon picture. I saw the great changes in the title(home) screen, and like always, check the armory for new guns. I saw the new guns and got dissapointed. Each gun was over 100 coins, and i only had 17 coins. While sad, i went to survival to see any changes there. I beat a round like normal, but it was a lot harder because of the new gun interface which was inconvenient for me as i had to struggle. I saw that you only got 1 coin, like normal. I finished 10 rounds after that to see the coin bar go 10 up, but unfortunately it only went up 3. I was confused, since you get 1 coin for each round and stacks, but it didn't. I went for another round, but only got 3 more coins. I was really disappointed at that time. I really didn't like this update, I can't get coins that much as I used to, new guns are expensive and the UI changed completely. I pressed the home button and did what i had to do. Deleted the game i played most on my iPad.

Retrieved from "https://pixelgun-wiki.fandom.com/wiki/User:Mr_TR011?oldid=43425"
Community content is available under CC-BY-SA unless otherwise noted.