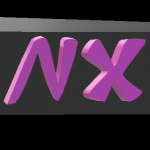 The Basics About Me in PG3D

My in-game name is Agent Nugget. I am a mix between a casual and serious player. I've never spent a cent on PG3D. I joined around late 2017. after a few months, I got bored with the game. I started playing other games, and none of them seemed as interesting as PG3D. So I decided to come back. when I did, I heard of a tactic called “3 cat spam”. I then watched a few videos on it and attempted it. My first 3 cat spam weapons were the Exterminator, Laser Bouncer, and Shaman’s Bow. My aim was terrible back then, so I dropped the tactic pretty quickly. However, after a month of training in private “No-kill” servers (I pissed off a lot of daters lmao) I had better aim and I developed a tactic where I lol rocket jumped and spammed Prototype S and Primal Beast, or Poison Darts and Exterminator.

The Basics About Me on the Wiki

I joined around over a year ago (I was really childish then) and I just posted some dumb comments. After that, I became inactive (the same time I became inactive in the game). I came back in the summer of 2019 because my friends in my neighborhood moved out. Since then, I’ve been contributing for fun and just talking to other wiki members.

What I Hate in PG3D

I hate Primary spammers. I also hate trash talkers. I hate P2Winners. I've only met one P2W trash-talking Primary spammer (thank goodness). All the guy did was rocket jump and spam the Royal Fighter, and occasionally a few blasts from the Witch Broom and Destruction System.

The only other games that I like to play are PVZ (Plants vs Zombies), Brawl Stars, Piano Tiles, and Minecraft.

Idk what IGN stands for

(No official clan yet)

Cape editor (Has the KFC logo)

Medkit
Retrieved from "https://pixelgun-wiki.fandom.com/wiki/User:Nyxantos?oldid=276381"
Community content is available under CC-BY-SA unless otherwise noted.